The video of the event ‘Privacy Rights and Data Flows – A Conversation with Max Schrems’, hosted by the Global Europe Program, is available here.

The video of the special episode of the Ars Boni podcast on ‘The proposed AI Regulation’, by the Department of Innovation and Digitalisation in Law of the University of Vienna, is now online here.

My contribution for Carta Academica ‘L’altruisme des données peut-il sauver le monde?‘, on data altruism, has been published at Mediapart and Le Soir.

The video of the panel ‘Automated Gender Attribution: It’s a boy! It’s a girl!, said the algorithm, which took place at the Computers, Privacy and Data Protection (CPDP) Conference 2021, is now online.

The video of the ‘Show us your face, we tell you who you are? Facial recognition in criminal investigations’ panel, which took place on 17 December 2020 as part of the 5th EDEN Event on Data Protection in Law Enforcement, is now online on YouTube.

A subjective selection of the best tracks of 2020 contributing to a better understanding of privacy, data protection, surveillance and a great variety of related issues.

A review of 2020 in this field would not be complete without mentioning the death of Florian Schneider, member of Kraftwerk, authors of many influential pop songs about machines and data (and who by the way had also managed to reach the Court of Justice of the European Union (CJEU) with a copyright case, Case C-476/17). Also died this year Simeon Coxe, of the Silver Apples, whose music had been using machines to talk inter alia about machines and humans since the end of the 1960s.

Special thanks to Sebastian Golla and Jasmine Guffond for their recommendations. 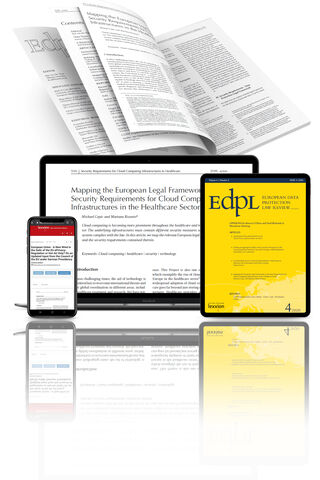